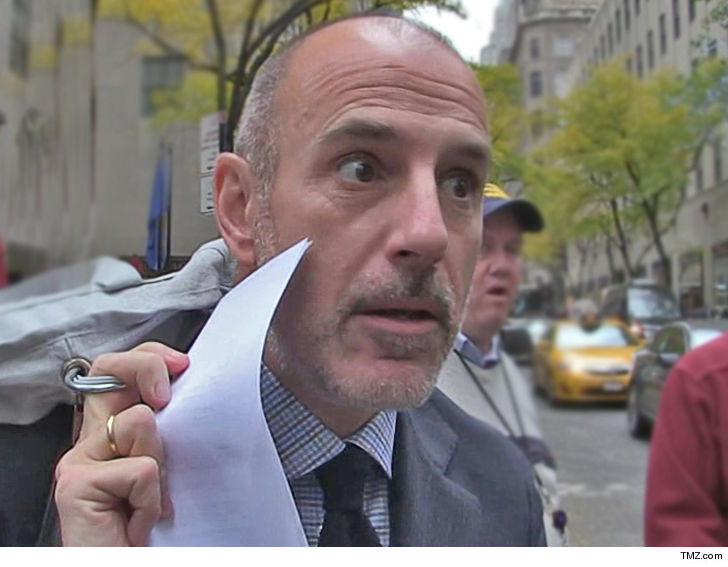 9:10 AM PT — According to the accusers attorney, Ari Wilkenfeld, he and his client met with NBC’s HR and legal teams for several hours Monday night. Wilkenfeld says he believes at this time, NBC acted swiftly and appropriately given the allegations.

5:55 AM PT — The New York Post is reporting the incident that triggered the firing occurred at the Sochi Winter Olympics, when Lauer allegedly assaulted a female NBC staffer.

5:46 AM PT — Sources connected to NBC tell TMZ the network has been investigating Lauer for weeks and multiple media outlets — including The New York Times — were working a story about the anchor and sexual harassment. As one source put it, “Lack tried to get ahead of the story before it broke.

This site uses Akismet to reduce spam. Learn how your comment data is processed.